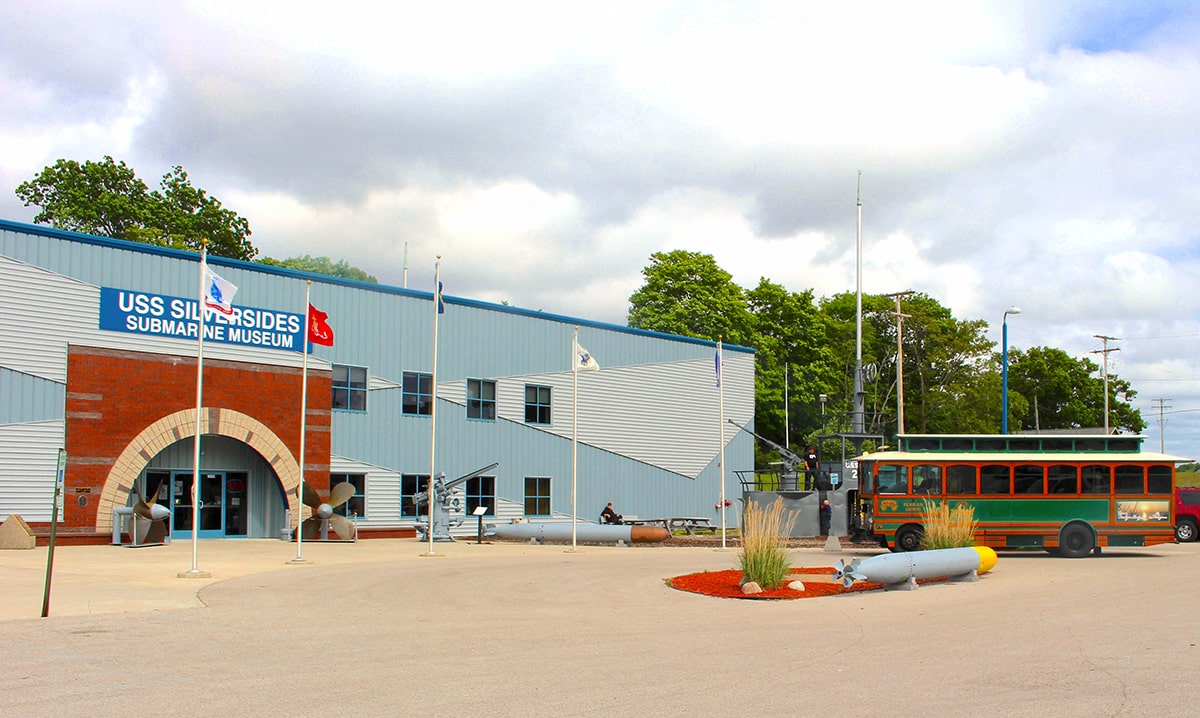 The USS Silversides is a historic Gato class (built for the US Navy launched between 1941–1943) submarine. During her service, she received 12 battle stars and was awarded a Presidential Unit Citation for cumulative action over four patrols. She is credited with sinking 23 ships – the third-most of any allied World War II submarine! According to JANAC (Joint Army-Navy Assessment Committee) the USS Silversides has the most prolific combat record of any still extant American Submarine. 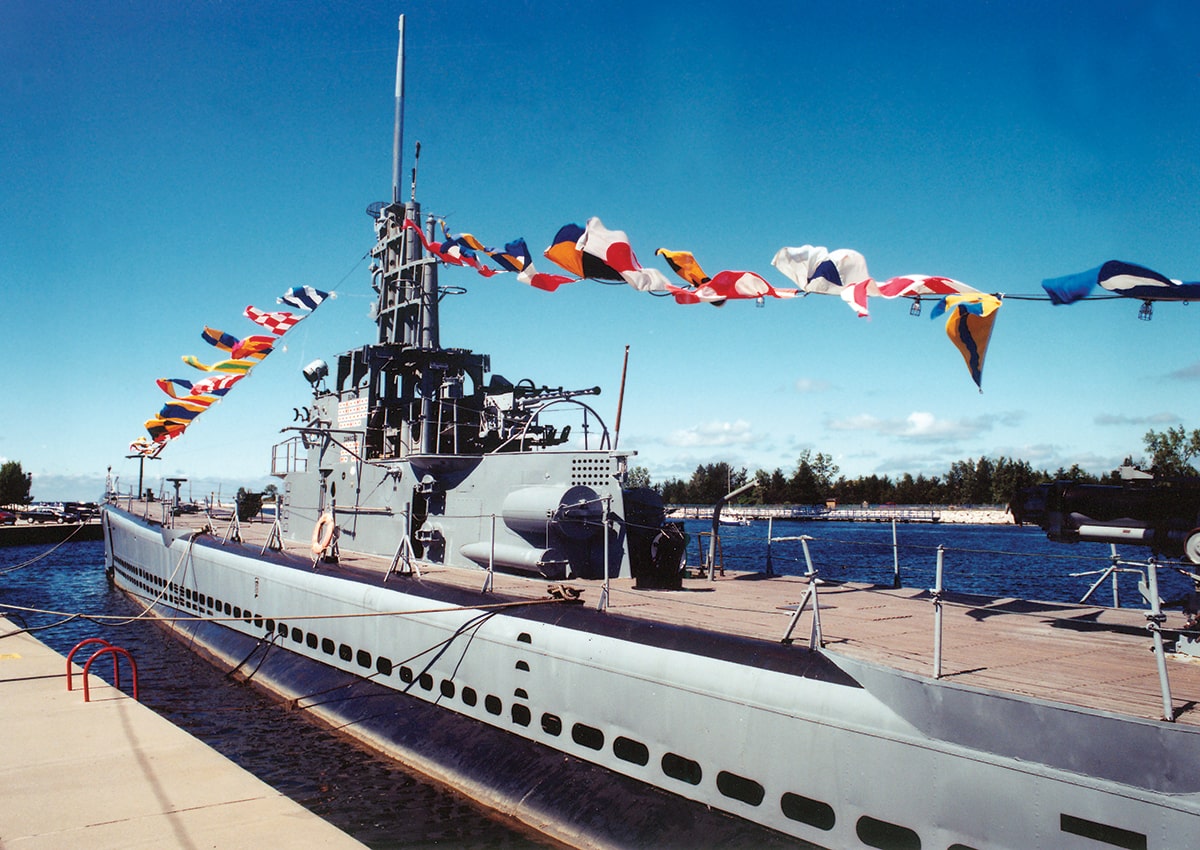 In her retirement, the Silversides found a home in Muskegon, where she is part of the USS Silverside Museum. Docked in the Muskegon channel, she floats behind the US Coast Guard Cutter McLane, also available to tour. A two story museum center, filled with historic naval and interactive exhibits, completes the setting.

Where else can you sleep on a submarine? Overnight stays are offered for groups and families which is very popular among scout troops. Overnighters do need to bring their bedding and meals; though the museum has partnered with several local restaurants, offering a discount to overnight guests. According to Dan Holroyd, of Southern Michigan Paranormals, the USS Silversides is the second most haunted place in West Michigan, making overnight stays even more exciting!

A bit of a movie star, the Silversides was recently featured in an episode of “Hell Below” on the Smithsonian Channel, and was used for exterior scenes in the 2002 film “Below”.

A 14 minute drive along the Muskegon Lake shoreline brings you to the USS LST 393, an LST-1-class tank landing ship originally launched in 1942. 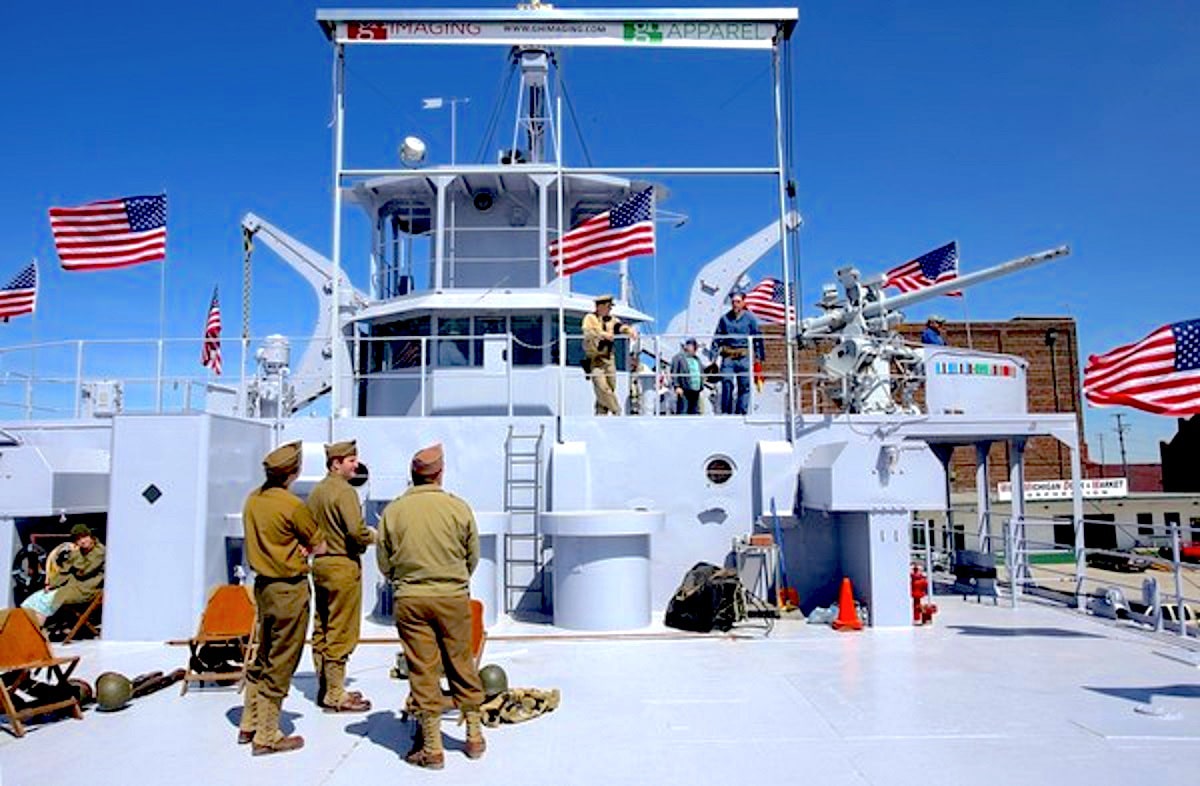 She is one of only two LSTs to survive in their original configuration. During her service she won battle stars for the Sicilian occupation, Salerno landings, and the Invasion of Normandy. The LST 393 made 75 voyages to foreign shores and was one of the only LSTs to be equipped with an airplane.

During the 1950’s she found a new name, the MV Highway 16, and career shipping new automobiles across the Great Lakes. 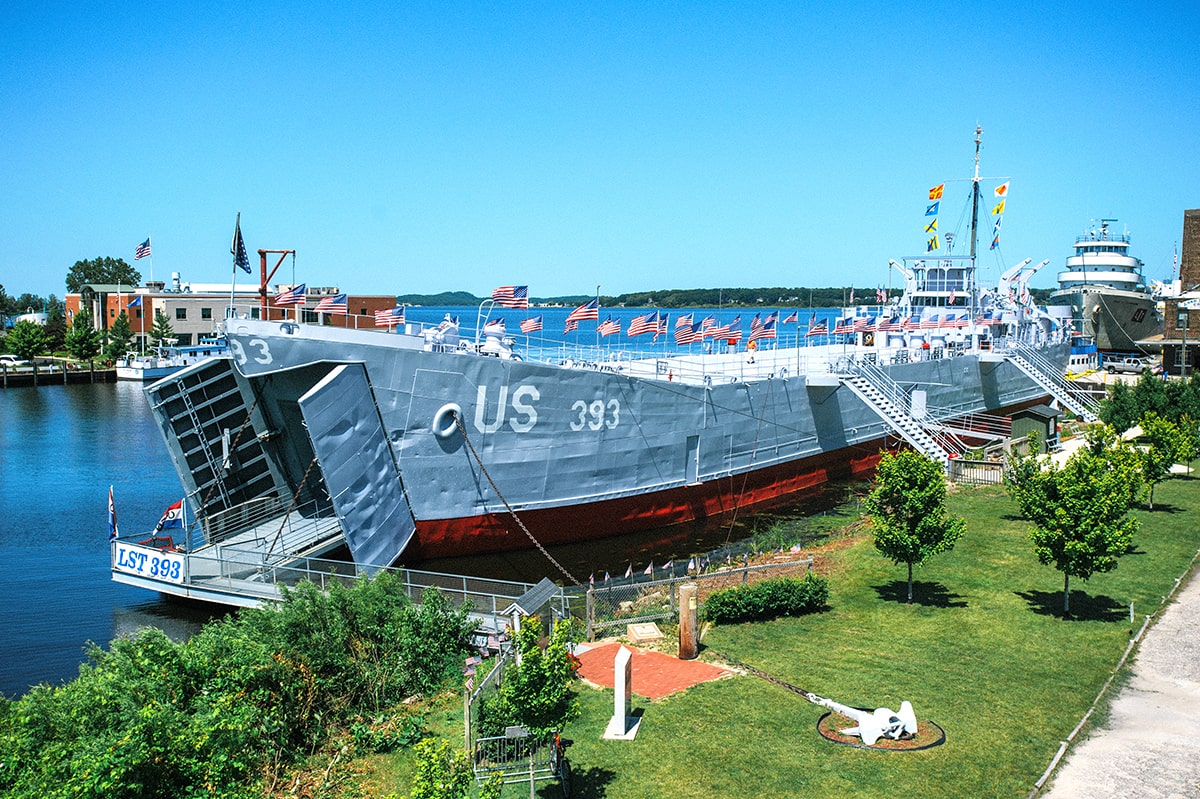 In the 2000’s the USS LST 393 was restored by committed veterans, their families and supporters, into a veterans museum boasting thousands of artifacts. Along with ship tours and the expansive collection on board, memorial and special events are hosted onboard. Truly unique experiences include summertime “Movies on the Deck” in the evening and Sunday Yoga on the Deck. (Again, where else can you do that?)

Overnight sleepovers are also available for scouts…be warned, she was named the fourth most haunted place in West Michigan!

A recent addition to her grounds was the dedication of the “Boogie Woogie Bugle Boy” sculpture in honor of Muskegon native, and inspiration for the Andrew Sisters song, World War II bugler Clarence Zylman.

The Silversides is accepts visitors year round and the LST welcomes you aboard April through September.